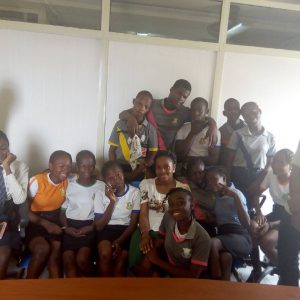 I have purposely included this Chapter for the sake of those doubting Thomases who still believe that human rights are not enforceable or that human rights are restricte  d to the local scene. In this Chapter, I want to enlighten the reader that the issue of human rights goes well beyond the shores and borders of Nigeria. And, because of the importance attached to human and peoples’ rights, many international organizations, led by the United Nations have adopted Charters and Declarations on respect for human rights worldwide.

As you well know, the United Nations (UN) is the world body to which all nations belong. The Charter creating the UN stipulates that one of the purposes of the organization was to encourage and promote respect for human rights and freedom by all member-nations. Specifically, Article 55 of UN Charter provides as follows:

“With a view to the creation of conditions of stability and well-being which are necessary for peaceful and friendly relations among nations based on respect for the principle of equal rights and self-  determination of peoples, the United Nations shall promote:

With this provision, The UN became the forerunner in recognizing the fact that human rights must be respected universally. 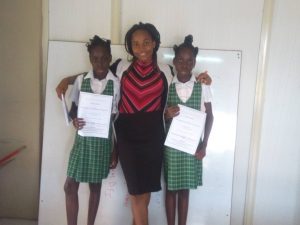 I want to reiterate again that respect for human rights is a worldwide issue. There have been various campaigns that human rights must be respected by all nations throughout the world.

The first universal effort at recogni zing human rights was undertaken by the UN. On 10th December 1948, the UN General Assembly adopted the Universal Declaration of Human Rights (UDHR). I have reproduced the full text of this Declaration below f or you to go through and compare with the human rights provisions under Nigerian Constitution as explained above.

Please note that human right is not a western ideology. It is also not a religious issue. It applies to all human beings no matter where you come from, and irrespective of your religion, sex, age, colour, or tribe. All nations of the world except about eight have signed unto the UDHR.

Initially, the UDHR was a non-binding declaration when it was passed in 1948 and did not get codified. The declarations only became legal rights over some years. And after the UDHR, many other laws on human rights were passed internationally. One of these is what is called Covenant on Civil and Political Rights (CCPR)    ,  which dealt with the civil and political rights of citizens all over the world. All the nations of the world have signed this covenant with a few exceptions. Therefore, citizens of the world are entitled to enforce those rights    as provided under the CCPR.

Following UDHR, many other regions and countries have also come up with specific provisions relating to respect for human rights in their territories. For instance, Afircan countries came together and adopted what is today known as African (Banjul) Charter on Human and Peoples’ Rights. Like I mentioned earlier, the Charter was adopted in Banjul (The Gambia) on the 27th of June 1981 and entered into force on 21st October 1986. The provisons of this Charter essentially reflects that of the UDHR and the Nigerian Constitution. Our country is already a signatory to the African Charter. For your better understanding of this Charter, I have reproduced the full text in section (c) below. 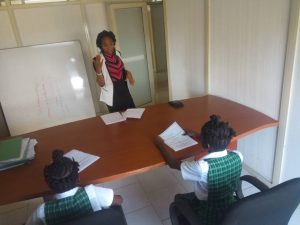 I have come this far so you may be awakened to the fact that observance of human rights is a global issue. And that all nations of the world have agreed that human rights must be respected, and enforced. It is only left for you to be educated on your human rights as we have explained above and stand your ground that no one can deprive you of your rights.

I want you to note that each of the conventions or charters that I have mentioned makes provision for the enforcement of your rights, or how to get remedies where your rights have been infringed upon. So, please contact your lawyer who is in the best position to advise you on the best enforcement procedure to adopt.

I will now reproduce here the full text of the UDHR, verbatim, as follows:

Whereas recognition of the inherent dignity and of the equal and inalienable rights of all members of the human family is the foundation of freedom, justice and peace in the world,

Whereas disregard and contempt for human rights have resulted in barbarous acts which have outraged the conscience of mankind, and the advent of a world in which human beings shall enjoy freedom of speech and belief and freedom from fear and want has been proclaimed as the highest aspiration of the common people,

Whereas it is essential, if man is not to be compelled to have recourse, as a last resort, to rebellion against tyranny and oppression, that human rights should be protected by the rule of law,

Whereas it is essential to promote the development of friendly relations between nations,

Whereas the peoples of the United Nations have in the Charter reaffirmed their faith in fundamental human rights, in the dignity and worth of the human person and in the equal rights of men and women and have determined to promote social  progress and better standards of life in larger freedom,

Whereas Member States have pledged themselves to achieve, in cooperation with the United Nations, the promotion of universal respect for and observance of human rights and fundamental freedoms,

Whereas a common understanding of these rights and freedoms is of the greatest importance for the full realization of this pledge,

Previous: Your Right To Personal LIberty
Next: Right To Life