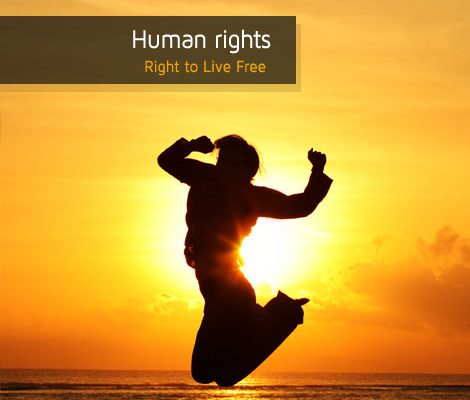 YOUR RIGHT TO PERSONAL LIBERTY

A. What Is Unlawful Deprivation Of Liberty?

The provision of Section 35 states as follows:

Note that the criminal laws also support this with laws that prevent deprivation of personal liberty. So, it is a criminal offence for someone to hold you captive against your will. Such act could come under kidnapping, abduction, hostage-taking, false imprisonment, etc., for which serious penalties are prescribed. Any detention without lawful authority is a felony under the criminal law. Therefore, aside from claiming damages for such unlawful deprivation of personal liberty, the offender may go to jail if such allegation is proved against him.

You must note too, that in the case of a person who has been taken to court and detained awaiting trial, he cannot be detained for a period longer than the maximum period of imprisonment prescribed for the offence he has allegedly committed. As an example: unlawfully wearing the uniform of the armed forces or the police is a criminal offence punishable with 1 month’s imprisonment under the Criminal Code. If a person is charged for such an offence, and for any reason his bail could not be perfected and he has to be remanded in prison custody awaiting trial, he cannot be detained for more than a month because that is the maximum imprisonment prescribed for the offence.

B. Right To Be Informed Of Your Offence Within 24 Hours

It is a constitutional provision that any person who is arrested or detained shall be informed in writing within twenty-four hours (and in a language that he understands) of the facts and grounds for his arrest or detention. Most times, the Police arrest a suspect and clamp him in detention for days without telling him the basis of his arrest and/or detention. This is wrong under the Constitution. A person charged with any offence must be informed in writing within 24 hours what are the allegations against him. And, this must be in a language which he understands.

C. Your Right To Be Charged To Court And Tried Within A Reasonable Time.

It is a constitutional guarantee that a person who is arrested or detained by the Police for the purpose of bringing him to court because he is suspected of committing a crime must be charged to court within a reasonable time. Now, what is a reasonable time depends on the following factors:

Furthermore, where any person is arrested or detained on suspicion of committing a crime, and has been taken before a court of law within a reasonable time, he is entitled to be released if he is not tried within the following period of time:

If either of these 2 conditions above is not met, such a person is entitled to be released either unconditionally or upon such conditions as are reasonably necessary to ensure that he appears for trial at a later date. It is common in our judicial system to find persons accused of misdemeanor or simple crimes, languishing in jail awaiting trial for several months and years. Infact, this category of persons awaiting trial constitutes the larger proportion of prison inmates, resulting in unnecessary congestion in the prisons. This is a clear breach of the Constitution. The supreme law of Nigeria says that if a person in prison awaiting trial is not tried within two months, he must be released. And, where he has been released on bail, he must be tried within three months, or be released. This release, though, is temporary and does not stop any further legal proceedings that may be brought against him for the same offence in the future.

D. Your Right To Compensation And Public Apology For Unlawful Arrest Or Detention

Many citizens do not know that the Constitution makes provisions for public apology and compensation to them for their unlawful arrest or detention. Some other people do not even believe such a provision exists. That is why many people get arrested and detained unlawfully by the Police, etc., and the transgressors go scot-free, while the victim dances to his church or mosque to for thanksgiving.

For the avoidance of doubt, let me repeat this constitutional provision, word-for-word, as follows:

What is unlawful arrest or detention? This means an arrest or detention which is against the law. For example, if the Police arrest a person without any lawful justification, or without any reasonable suspicion of a crime, or in any matter which is beyond the jurisdiction and powers of the Police to deal with, such an arrest is unlawful. Or, if Mr. A commits a crime and is on the run. and the Police, because they cannot find Mr. A or in order to force him to appear, arrest his wife/brother/mother/father/friend//relation or employee who did not partake in the offence, such an arrest is unlawful. Unlawful arrest could also be an arrest by a member of the Armed Forces for an offence which is not related to the military. Where the army or even private citizens make an arrest for a criminal offence, the offender is expected to be handed over to the Police authority immediately and anything short of this is unlawful.

Note that the unlawful arrest or detention may also be carried out by an individual. For example, if a “civilian” arrests a person, even where a crime was committed, and detains the offender in his house for hours or days without handing him over to the police, such a detention is unlawful. If a person purports to arrest you or instigates your arrest in a matter that is purely civil, e.g., because you say you wanted to divorce your spouse, such an arrest is unlawful. If the Chief or leader of your town, village or community arrests and detains you in his own cell in his house or in the market square or his palace dungeon, such an arrest and detention will be unlawful.  In this case, you are entitled to be compensated for the unlawful arrest or detention by that individual. This is in addition to a public apology from him/her. 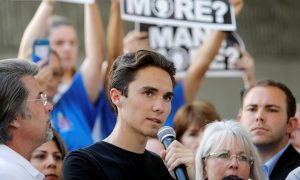 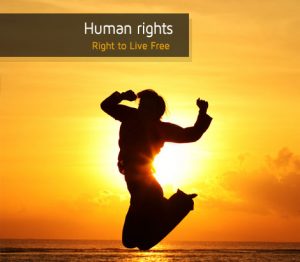 E. Limitations To Your Right To Personal Liberty

Previous: Right To Ask Court for Injunction against Incessant Arrest and Detention or For Committal
Next: “Catching Them Young” : Special session on Universal Declaration of Human Rights