0
Cart
₦0.00
Home » Know your rights » Your Rights on Negligence 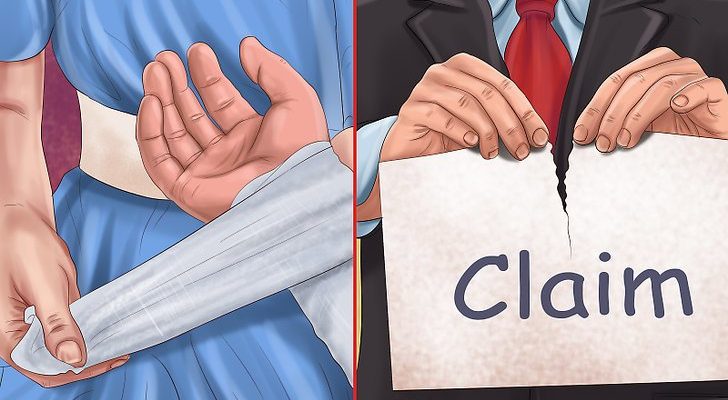 In general parlance, negligence means a careless or inadvertent act or omission by a person which puts the other person at risk. This is more or less the same definition of negligence under the law. The defendant here may not have acted with any intention to harm others, but must have failed to act or acted in such careless manner that resulted in injury to others. Negligence is, therefore, the omission to do something which a reasonable man in those circumstances would do, or doing something which a reasonable man in that same situation will not do.

Under the law, however, in cases of negligence, some conditions must be established. These are, one, that the defendant owed the victim a duty of care; second, that he has breached this duty of care, and third that the victim has suffered some injuries as a result of this breach. We shall now consider these conditions one after the other.

To determine that the defendant owes you a duty of care under negligence, three things must be established, as follows:

So, before you can determine whether someone has committed the tort of negligence against you, you must first consider if that person owes you a duty of care by establishing that there is a relationship between you both, out of which there is a standard of behavior from which the level and scope of the duty will be determined. It must be clear that the defendant owes you a duty of care which he must ordinarily observe in order to prevent injury to you or your property. Therefore, the tort of negligence imposes a duty of care on the defendant to avoid acts or omissions which he is ordinarily expected to foresee will put his neighbor at risk. My neighbor in law does not mean the person next door but persons who will directly be affected by my actions in such a way that I must put them in mind in whatever I am doing or omitting to do.

But there is a generally accepted standard of care in all situations. First, it is assumed that the defendant is an adult of normal intelligence with an average knowledge and common sense in all day-to-day activities or in his professed skill or profession. Secondly, it is assumed that the defendant is equally aware of or should be able to foresee the danger of his action or omission. For instance, a driver of a car who drives against traffic must have known that it is wrong to do so and that an accident may result from such an act. Once he is an adult, he is expected to know that such action amounts to reckless driving. Further, he should know or be able to foresee that such action can result in danger or injury to another road user. In this instance, he is expected to maintain the standard of care in driving his car in such a way that will not result in danger or injuries to others.

Let me tell you that it is important to determine the standard of care in every situation, before you can determine if the defendant has breached that standard of care and, therefore, liable in negligence. We shall discuss about the breach of duty later. But the standard of care is normally measured by the ability of a normal reasonable man to foresee the danger of his actions or omissions. To determine whether another person is negligent, the law will not look at that individual to consider his ideology or idiosyncrasies. But his conduct must be such that any other reasonable person in his situation will not normally undertake. For example, let us assume that a patient being treated in a hospital is in urgent need of blood transfusion. But the medical doctor who is treating him is a member of a religious sect which does not believe in or permit such blood transfusion. If the patient dies as a result of this lack of blood, the doctor may be held liable in negligence because any other medical doctor in his situation is expected to foresee that the patient may die because of lack of blood. The doctor may not be permitted in law to say he refused the transfusion because his religion forbade it. He owes his patient a duty and his standard of care is to treat him as far as his professional competence permits.

In the same vein, a vehicle owner whose car broke down on the highway is under a duty of care to other road users. The standard of care in such a situation is that he must try as much as he can to display the caution sign at a safe distance from the broken down vehicle in order to warn other road users, and then move the vehicle as much as he can to prevent obstruction or injury to others. The standard of care which the law stipulates for such a person is that he must be able to foresee that the broken down vehicle may cause injuries or harm to others. So, he is under a duty to ensure that the standard of care is maintained as far as other road users are concerned. The law is not concerned whether it is a small or large vehicle. It does not even matter that you are not the owner of the vehicle, so long as you are the driver or the person in charge.

Similarly, there is a standard of care for all sellers of foods and drinks to maintain, which is that their food or drinks must not be injurious to their consumers’ health. Hence, the producer of food or drinks is under a duty of care to ensure that the food or drink he is selling to third parties are not poisonous, contaminated or expired. The law places a duty of care on him to ensure that the consumers of his foods and drinks are not harmed by consuming them. The proprietors of food canteens, restaurants or fast food outlets must maintain a standard of care to all their customers to ensure that all items sold are fit for human consumption. They are under a duty not to sell stale or adulterated items that may be injurious to the health of the consumers.

3. Breach Of Duty Of Care

This is the third condition that must be met before you can establish a case of negligence. There must have been a breach of duty. Remember that we have said that the defendant must be under a duty to maintain a standard of care. Liability will arise where he breaches that duty. Because it is the breach that causes the damage.

I want you to note, however, that there must be concrete evidence that the defendant’s action or inaction was the direct cause of the damage. This is to say that the damage suffered by the victim must be the direct consequence of the defendant’s negligence. In some situations, the evidence is very clear, e.g.,. where the driver of a vehicle veers off the road and hits a man on the sidewalk causing him serious physical injuries. In this case, there is no need to start looking for evidence to link the negligent act with the damage

But in some instances, the court will have to apply the foreseeability rule to determine the defendant’s negligence. This means that the court will consider whether any reasonable man would foresee danger or injury in the actions or omissions of the defendant. For instance, any reasonable person would foresee that a driver who fails to observe traffic light would most likely cause an accident. So, where an accident occurs from such failure, the court will apply the foreseeability rule in the absence of a concrete evidence, in which case it will be implied that the damage was foreseeable as a result of the driver’s negligence.