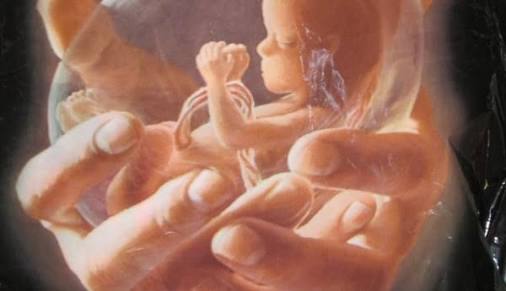 Section 33 of the 1999 Constitution says-
“Every person has a right to life, and no one shall be deprived intentionally of his life, save in execution of the sentence of a court in respect of a criminal offence of which he has been found guilty in Nigeria.”

a. Your Right To Life Is Guaranteed
Right to life is a very important right guaranteed under the Constitution. This provision guarantees every citizen the right to life and that no life can be taken intentionally without lawful justification. To take another man’s life intentionally and without lawful justification is murder which is a capital offence. And, in Nigeria, punishment for murder is death by hanging.

b. Limitations To Right To Life
Note, however, that the Constitution has itself stipulated some conditions before you can say a person has been deprived intentionally of his life. They are as follows:

a. A person cannot be said to have been intentionally deprived of his life if the deprivation is carried out in execution of a death sentence for a criminal offence for which the person has been found guilty by a court in Nigeria. Where, for example, Mr. A commits murder or another capital offence and a court of law in Nigeria finds him guilty and sentences him to death, then Mr. A is not covered by this constitutional provision of right not to be deprived of his life. His life is to be taken in execution of a court judgment. But, note that the person must have been tried by a court of law and convicted of the offence. And, such a conviction must have taken place in Nigeria. (Thus, the Constitution says the conviction of Mr. A for the offence of murder must have taken place in Nigeria and nowhere else).
b. Secondly, the Constitution says no one shall be deprived “intentionally” of his life. This means there are situations when the life of another person is taken unintentionally, for example, by accident, vehicle accident, or a fight that results in the death of one of the combatants, etc. Any of these situations will not amount to murder if it can be shown that the killer did not have the intention to deprive the other man of his life. In this instance, the offender may be guilty of manslaughter for which the punishment is a term of imprisonment.

ii. If a person dies because reasonable force was applied during the course of his lawful arrest or to prevent his escape from lawful detention, then it does not amount to intentional deprivation of life. Note, however, that in such situation, the force applied will be measured in comparison to the gravity of the offence he had committed. For instance, if an armed robber being arrested or in detention attempts to escape, and in preventing his escape a gun is shot at him which results in his death, such a death is excusable and may not be an intentional deprivation of life. It is taken that the force used to prevent his escape is commensurate with the seriousness of his offence and is therefore lawful. Or, if a murderer is being arrested and the person effecting the arrest is himself under threat of being killed, then it will not be intentional deprivation of life if he applies reasonable force which results in the death of the offender. Such force is regarded as lawful.
But, it may not be so where the offender is only guilty of a simple offence, for instance, a petty thief or someone who merely assaulted another, attempts to escape and a gun is shot at him which results in his death. Such a force is unlawful because it is not commensurate with the gravity of his offence. Likewise, a person carrying out an arrest for a simple offence, e.g., traffic offence cannot use force that will result in the death of the offender. That will not be counted as unintentional deprivation of life but murder. The force used here is unlawful.

iii. If in the course of suppressing a riot, insurrection or mutiny, lawful force is reasonably used which results in the death of the rioters or mutineers, such will not be an intentional deprivation of life.
Please note that for any of the above exceptions under paragraph (c) above to be recognized by law, 2 essential elements must be present, as follows:

a) Firstly, the use of the force that resulted in the death of another person must have been reasonably necessary. What this means is that there must not have been a better alternative than the use of such a force. And, the force used must be one that any other reasonable man will use. Let me give you an example. Let’s assume that there is a riot and people are being attacked or killed, and properties are being looted or vandalized and it is obvious that the rioters are armed and there is no way to stop them. If the Police come in and shoot at the rioters with a view to dispersing them, any of the rioters who dies as a result of such shooting would not be taken as having been killed intentionally. This is because the force used by the Police in that situation is reasonably necessary as there was no other alternative to disperse the rioters than shooting at them. And, such force would be regarded as lawful force. Another example is if Mr. A attacks Mr. B with a cutlass with the intention to kill him, and in defending himself, Mr. B shoots Mr. A with a gun, then such force may be considered lawful and reasonably necessary as there was no better alternative for Mr. B than shooting Mr. A to defend himself.
But, on the other hand, if there are peaceful protesters carrying no arm, not looting, attacking or destroying properties, then it would be unlawful if the Police start shooting at them in order to disperse them. This is because the force used is not reasonably necessary as there would have been better alternatives, like the use of tear gas or water cannons to disperse the protesters if the need arises. Or, if Mr. A attacks Mr. B without using any weapon, and Mr. B in defending himself uses e.g., a cutlass which resulted in the death of Mr. A, such force is not reasonable force. You must note, therefore, that to determine a reasonable force will depend on the circumstances of each case.

b) Such a force must be permitted by law. The permission by law will also depend on the facts and circumstances of each case, as in the exemptions stated above. For example, if a suspect is attempting to escape from police custody and to prevent his escape the policeman pours acid on him which results in his death, then such a force is not permitted by law. Or if a thief is caught and tyre and/or petrol is put on him and he’s set ablaze. Lynching or setting a criminal ablaze is not a force recognized by law
An important point to note here is that the mere fact that the deprivation of life comes under any of the above exemptions does not completely exonerate the person who deprived the other of his life. In many instances, it will only mitigate or reduce the punishment that would have been inflicted by the law. For example, if Mr. A is attacked by Mr. B, and Mr. B dies in the course of Mr. A defending himself, it does not mean that Mr. A may not be charged for the death of Mr. B. It only means that Mr. A has a lawful excuse that Mr. B died while he was trying to protect himself. The court will only look at the circumstances of the case to determine if it falls within the recognized exemptions under the law stated above and determine if the person is guilty of a lesser offence.